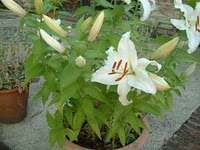 To an outside eye both Haiku and Indian Music would seem a world apart. But as a practicing vocalist of Hindustani [North Indian classical] Music, I find great similarities between them and eventually the merging of the two. This is such a fascinating subject that I find myself being dragged into its unfathomable depths deeper – day by . . . day.

Rooted in the IS

In Western classical Music, though the conductor’s creativity can make a lot of difference in the overall performance and enjoyment – the fact that it is scored leaves very little scope to the performing musician to create or show his individuality.

In Carnatic Music [South Indian Classical] we have the innumerable number of classic Kritis [the compositions of the great Trinity of composers: Thyagaraja, Shama Shastry and Muthuswami Dikshitar] which sings up a lot of time in a concert – leaving less than half the duration of the concert time to the musician to show his own power of imagination and creativity.

In the other extreme, we have the Hindustani Music which is extempore. It is called a raga pradhaan sangeet – meaning a music that gives importance to the delineation of the raga. Raga means a type of melody and in Sanskrit it also means – Passion. Years of practice enables a musician to create and improvise on this Raga music to perfection with supreme ease. The composition called the Bandish might be just a few lines of scored music on which a creative musician can build an imposing structure of raga music for more than even an hour – spontaneously.

Out of sheer nothing
the musician
begins her sculpture.

To give form, color and
flavor to the raga.
Minute by minute

As the artist gives
form to the raga
the sound fades away
into silence. . .
only the memory
of the melody remains
the raga lives
for that moment
alone . . .
being in the present
rooted in the IS. . .
the ultimate
in the journey of life.

Now how does the Haiku compare with this living music?

Life is a flowing, meandering river of incidents and every single moment that has passed has vanished forever – and, can never be experienced again. Haiku in three short lines captures such moments and freezes them for posterity!

dripping mist
pulls the sky
into the valley

Or anu-naan as it is called in Sanskrit

Sound resonates in various ways . . . The sound of the sea waves can never be forgotten nor the feelings portrayed in a voice. Why, so many things resonate in our mind’s depth – long after the moment has passed?

Haiku has its own resonance. I have been drawn to a particular Haiku a number of times – simply because the poem echoes in my mind and I am mystified as to how in such a limited number of words the poet could say so much. Such poems live in one’s memory. . . . it reverberates, adding more texture and resonance as the years pass.

There is a great amount of honesty in both art forms –

When the sound emanates from the naabhi [the navel] – as the ancient texts say it should – then it is akin to meditation for every muscle and every nerve is completely aware of the passage of the breath.

The use of breath – [praan] is what makes music [vocal] so elevating.

In Buddhism one watches the breath . . . as it comes and goes – ana and pana. It is the outside space touching your inner spaces – an intrinsic part of nature which gives you sustenance. That pure breath is what a vocalist employs to give expression to her / his art.

Can anything be closer to truth?

In Haiku nature’s beauty in relation to human beings is portrayed in all her splendor and brilliance. A good Haiku freezes the moment of truth that it witnesses. And in that rests its honesty . . . revealing nature just as it IS at that moment of sight.

darkening sky . . .
the snake curves
into my path.

the moving hand
holds high in music
the perfect sur.

Rhythm and its beats

Western music tends to use a few popular meters for almost all of its music, and these meters are usually felt as repetitions of two, three, or four beats. The rhythms of Indian music, rather than being organized into short measures, are organized in long rhythmic cycles called talas. There are more than 100 different talas.

And the beauty of this intricate Tala science is that each tala can be further built in a different walk or jaati.

Indian classical music [both Carnatic and Hindustani] employ these various gaits or walks as they are generally known in our music, to this day.

Now, is there anything in common here with Haiku?

From where did this 5-7-5 syllable rhythm in Haiku originate?

It would indeed be interesting to research its origins . . . but that would mean a more extensive study of a different nature.

in concert . . .
fingers swirl on the tabla
pulsating rhythm

Kigo is a season word in Haiku, which is so pivotal to its art form. Would you believe it if I told you that Hindustani music employs Kigo extensively in its own way?

Called the theory of time and seasonal ragas – it has distinctly laid out charts, stating the time and the season in which ragas can be sung. And today it is even more meticulously followed by musicians.
fragrant breeze
kids rush in to sell roses
at the traffic signals

To the uninitiated this Haiku would mean a mere narration? But to one who understands Haiku . . .

Fragrance breeze means summer. .. so the mind conjures up a hot humid day and being summer – the flowers bloom in plenty . . . a holiday mood in the air . . . a time for roses and love

If a person, unfamiliar to Hindustani Classical Music, happens to attend a concert and if the singer begins with Raga Puriyadhanasri – he might just listen, to him it means just another raga?

But we know that Raga Puriyadhanasri is an evening raga . . .

Twilight – when birds return home – a time sacred for dhyaana or meditation . . . so on and so forth. Going along with this image in the listener’s mind, the musician starts to build his edifice.

Or take Raga Basant, which is a spring raga. Even the compositions would be adding on to the atmosphere of spring . . . the back-drop is there – ready, on which the artist begins his creation – just as it happens in a Haiku!

from the sparrow’s tiny lung a resonant call

The fact which I want to stress is that both of these art forms take their sustenance from nature. There are any number of compositions based on spring, summer, monsoon and winter. Like in Haiku, nature and her seasons play an important role in Hindustani Classical Vocal Music.

India is credited with the creation of the RASA theory.

Rasa means the aesthetic emotion – a flovour, the distilled essence of the feeling created in the listener’s mind . . . the residue left in our minds after we appreciate a piece of art.

What is that something that gives sugar its sweetness?

That quintessential, characteristic ‘something’ that is of sugar?

That ‘something’ that cannot be separated or torn apart from sugar – for in the sweetness of sugar does sugar remain as sugar.

That is what rasa is to a work of art.

Just like the wave is part of the ocean but still rises repeatedly from the ocean to fall at your feet for your enjoyment, so is ‘rasa’ an intrinsic part of any work of art, but arises constantly out of that art to touch your being.

In our ancient texts – there is this beautiful verse:

We have nine rasas or sentiments – they are as follows:

Love, heroism, disgust, anger, mirth, terror, pity, wonder and tranquility and these according to the ancient texts give out the various flavours or arouses such feelings in a listener’s heart as creates that aha moment in music . . .

And a Haiku we say is created well, only when it has the ‘aha’ moment or the haiku moment.

An inbuilt quality in all art forms is pure silence. Art takes one to a sublime level of consciousness – whereby one can experience the inner silence. Both Music and Haiku gives us ample glimpse at that creative void. For all things emerge from silence and return to silence.

The pot emerges from and out of clay and returns to clay . . .

(Kala Ramesh: A performing vocalist in Hindustani Classical music, Kala has given concerts in most of the major cities in India. She has several published articles to her credit on Indian music and Indian thought. Kala is a just-turned Haiku poet and feels that music awakened her to the beauty in lays embedded in Haiku)